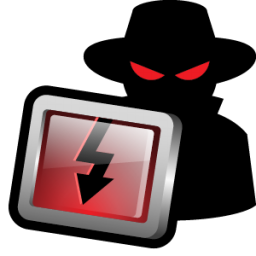 We’ve almost completed our move of client computers to our new ERA v6 server.  ERA6 is dramatically different than previous versions as it now uses a client agent.  Previously, the AV program would check in at a configured interval to receive new ‘instructions’.  Instructions would be things like scan your computer now or set this type of protection profile, et cetera.  There wasn’t an extraordinary wealth of features but it did what it needed to fairly well.

ERA6 now uses a client agent.  Want to force a virus scan?  ERA server sends a request to the agent which tells the program to do it.  As the default check-in used to be 10 minutes, instructions are now passed on a lot quicker.  The new agent also includes a ton of new features.  Reboots, inspection of installed software, program uninstalls can now be initiated from the central ERA server.

I was dismayed there was no REST-ful API with the new ERA despite everything being done through a web interface.  But poking around paid off!  I found a ton of useful information in the backend database which we’re now querying directly for monitoring.  The reporting engine on the new ERA is a bit convoluted but you can do a lot with it.  Dynamic groups allows you to set a condition and then devices will automatically be added/removed to this group.  So you can set a group called Windows 7, set your condition accordingly and then your Windows 7 devices will all show up there.  Now the neat thing is that you can set actions based on dynamic group memberships.  Say you want to automatically send a report if utorrent is discovered on a computer.  Simple, create a dynamic group with the condition of having utorrent installed.  Then set an action on that group membership to email a report.  Now whenever the agent finds utorrent, ERA moves it to the dynamic group which triggers a report sent by email.

The security roles of ERA6 is also greatly improved allowing us to delegate authority over different groups to different administrators.  This is especially useful for companies that have their own IT staff.  Now, companies with their own IT staff can leverage our discounted, bulk pricing for their antivirus needs and still maintain total administrative control over their devices.  We bill by device per month which also saves from having to buy extra licenses ‘just in case’.

All in all, we’re still happy with the features and performance of ESET products.  ERA6 provides our administrators additional tools to better protect our clients’ devices and opens up new avenues of business through the MSP model.

Now, if only that Canadian – USD exchange rate would improve!

Radish Networks’ Managed Antivirus is a service that manages the licensing and administration of antivirus software that protects your Windows, Linux, Apple, and mobile devices.  Billing is done on a per device, per month basis with no minimum purchase and no long-term commitment.